Hey, you can only buy 10 of these.
Leave some for the rest of us!
Update the quantity in your cart.
White/Gray
New
Limit 10 per customer

Tower Paddle Board and Pool Island

Up a creek without a paddle? More like standing up in a creek with a paddle. Boom, word play. Nailed it. 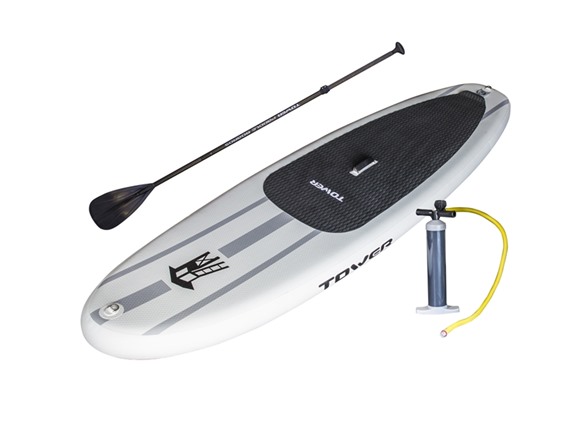 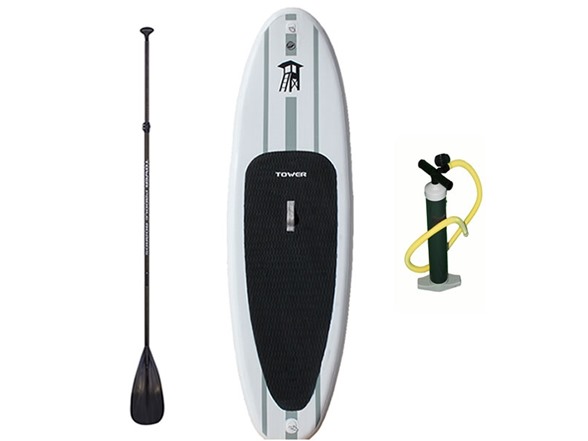 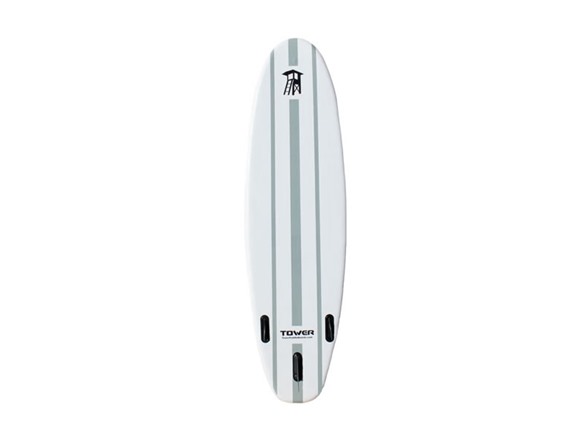 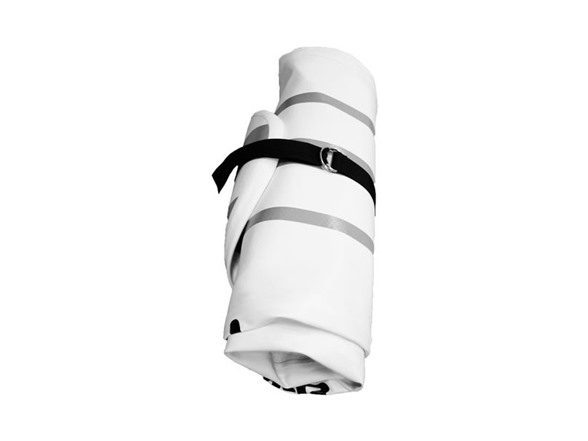 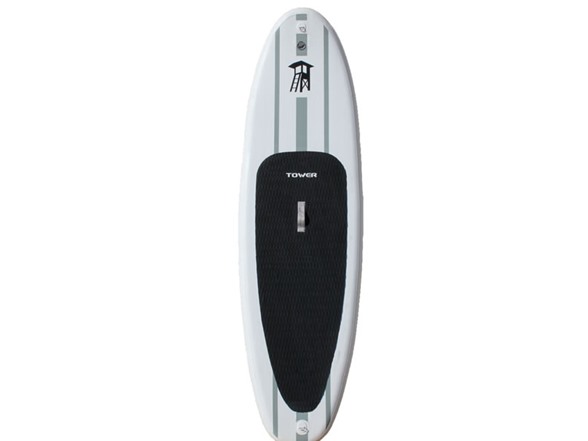 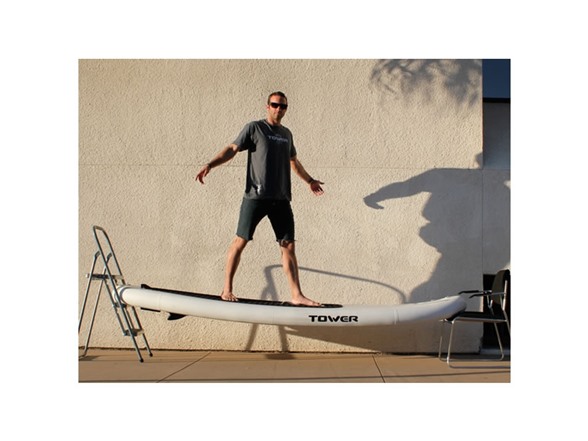 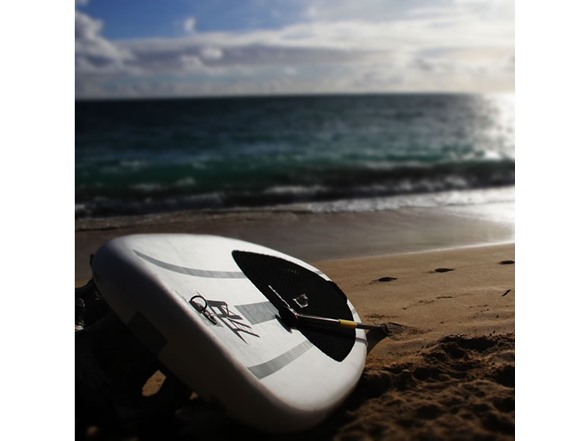 Includes a 9'10" by 32" by 6" inflatable SUP, a high-end Tower branded diamond grooved deck pad with a rear kick tail, a 2+1 fin configuration with a removable center fin, a hand hold strap, a roll-up carrying strap, a towing ring on the nose, and a leash attachment ring on the tail.

Frankly, virtually all 4" inflatable SUPs (which is pretty much all inflatable SUPs on the market) leave a lot to be desired. That's putting it nicely. They sag in the middle and ride low in the water so you end up standing in a puddle of cold water, which is miserable. The sagging and undulating ride also slows you down. The 6" thick, military grade Tower Adventurer Inflatable SUP is dramatically more rigid, plus floats higher in the water so no wet feet. But this is one of many advances that set the Tower Adventurer Inflatable SUP apart from competition.

The Tower Adventurer Inflatable SUP is made from extremely rugged materials like those you'd find on the highly regarded Zodiac boats and extreme river rafts. The amazing rigidity in the Adventurer is created by thousands of vertically oriented strands of identical length that connect the top deck to the bottom. When inflated, they form a structure that has the rigidity of a piece of plywood, and the thicker you go the exponentially more rigid it gets. You'll be amazed. We can literally put the front tip of the 9'10" x 6" Tower Adventurer on one chair and the rear tip on another chair and a 200 lb person can stand in the middle and you can barely see the thing flex. Do this with most 4" inflatable SUPs and they will taco almost to the floor. Even 3/4" plywood flooring would probably break over this almost 10' span.

A Viable EPS/Epoxy Board Alternative - We're not kidding!

Traditionally, inflatable SUPs were only a consideration for traveling - store one in the cuddy cabin on your yacht, take it with you on the plane, or haul it in to that secret mountain lake or river and you can stand up paddle board in the farthest corners of the earth. With the rigidity of the Tower Adventurer, an inflatable SUP is now also a viable EPS/Epoxy board alternative for anyone who isn't a die-hard surfer.

Benefits of an Inflatable SUP over an EPS/Epoxy Board