When it comes to getting in shape, what’s the one thing more important than diet, exercise, and motivation? That’s right: stuff. From eight pound weights to petite heart monitors, we’ve got all the tchotchkes you need to realize your fitness goals. 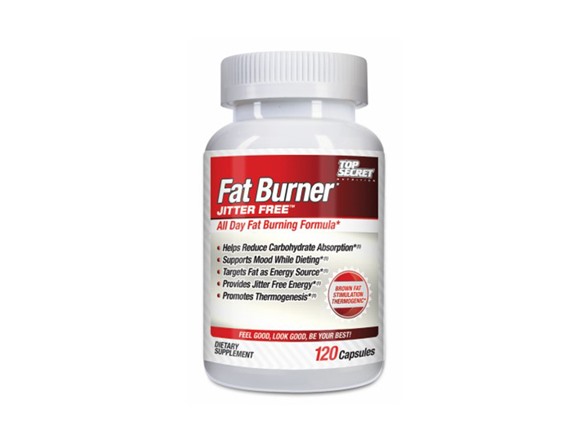 Extreme Jitter Free Fat Burner is a state-of-the-art fat burner that does not have a major stimulant component. It is comprised of five different very effective ingredients to help release fat at its core and help your body burn it as an energy source.

RASPBERRY KEYTONES
Most people had not heard of raspberry ketones until Dr. Oz promoted this natural ingredient as a tremendous fat loss agent on one of his recent shows. Raspberry ketones are the compounds that are primarily responsible for the aroma of red raspberries. Research suggests that raspberry ketones appear to have the potential to support body fat reduction by increasing norepinephrine-induced lipolysis (stored fat release). Research supports the concept that enhancing lipolysis may augment glycerol release, increasing the translocation of hormone-sensitive lipase in fat cells, and increasing brown adipose tissue, known to increase thermogenesis and oxidation of body fat.

WHITE KIDNEY BEAN EXTRACT
Also known as Phaseolus vulgaris, white kidney bean extract has been suggested to inhibit the digestive enzyme amylase. Amylase plays a key role in the digestion of foods. As a digestive enzyme, amylase is required for the metabolism of starchy carbohydrates. Research suggests that Phaseolus vulgaris extract, when taken before meals, may help support decrements in body weight and decrements in fat mass while supporting lean body mass.

GUARANA
Guarana, also called Brazilian Cocoa, Paullinia cupana, and Paullinia sorbilis, is a plant named for the Amazonian Guarani tribe, who used the seeds to brew a beverage. Guarana contains up to 7% caffeine and is also rich in tannins and xanthine alkaloids theophylline and theobromine. Guarana has been extensively studied for its mild cognitive and mental support effects; the studies suggest that these mind-influencing aspects may not be totally associated with caffeine and actually may be the result of other aspects of the guarana plant.

FORSLEAN®
ForsLean® is a patented phytonutrient that supports weight management by promoting lean body mass and reducing body fat. It is a standardized extract from the roots of the Coleus forskohlii plant, the only known plant source of forskolin. In a study performed by the University of Miami School of Medicine, it was suggested that forskolin acts on adenylate cyclase with the involvement of neither specific receptors at the membrane surface, nor the well-known coupler, G/F protein. It appears to act on adenylate cyclase directly, making it the first fat-releasing agent that acts on adenylate cyclase directly. When adenlyate cyclase is triggered, it stimulates lipolysis (fat releasing). However, usually in order to activate adenlyate cyclase you need one of the following hormones: epinephrine, norepinephrine, glucagon, growth hormone, testosterone, cortisol. So, forskolin is totally unique in this aspect. Increasing cyclic AMP is important because the role of cyclic AMP is indispensable to many body functions. It supports a chain of biochemical events that promote body metabolism and food induced thermogenesis and provide mechanisms that may help support healthy body composition and lean body mass.

Shipping Note: Shipping to Alaska and Hawaii is not available for this item

Other ingredients: Gelatin And, Magnesium Stearate.

Other ingredients: Gelatin And, Magnesium Stearate.