In a world of darkness... one lamp showed the way. Oh, wait, two lamps.

A good movie would be about a guy who meets an LED Lenser Flashlight & Headlamp Set. They hate each other at first. The guy is always like "Lights on my head AND in my hand? That seems like a little much." And the LED Lenser Flashlight & Headlamp Set always thinks, jeez, this guy should take a shower sometimes, because honestly the guy does have some problems with hygiene.

Then one night the guy is in a cave looking for his grandmother's lost legacy of family gold smuggled out of Switzerland during World War II (you could cover this boring backstory in a sentence or two of dialogue). Unexpectedly, the LED Lenser Flashlight & Headlamp Set comes in handy with its bright lights and long battery life. The enemies become friends. And, after the guy takes a shower, lovers.

His family doesn't understand. The relationship makes them uncomfortable. "WE DON'T UNDERSTAND," they shout at him. "THE RELATIONSHIP MAKES US UNCOMFORTABLE." They're not really that angry. They just have to yell to be heard over the noise of the clarinet store where this scene takes place. There are a lot of people trying out clarinets because if you buy one without playing it a little first, boy, are you a sucker.

So the guy doesn't even tell them he found the family gold. Instead he and the LED Lenser Flashlight & Headlamp Set take the gold and move to Barcelona. But not Barcelona, Spain - Barcelona, Saskatchewan. They are a little upset at the travel agent's mixup but they make they best of it. And besides, Saskatchewan is pretty nice when you've got that much gold to spend.

Finally, when they are old, the guy reveals that he was actually a LED Lenser Flashlight & Headlamp Set all along. "I just had to be sure you loved me for me," he says, "not my 175-lumen, 210-meter beam." Then, as a squadron of fanatical young neo-Nazis close in on their ranch house determined to claim the gold their great-grandfathers failed to steal, the screen fades to black. 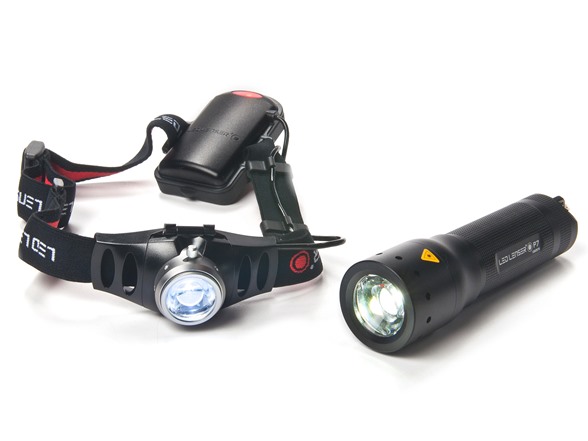 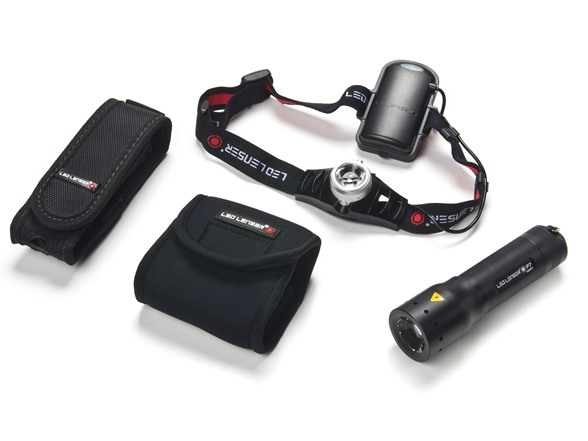 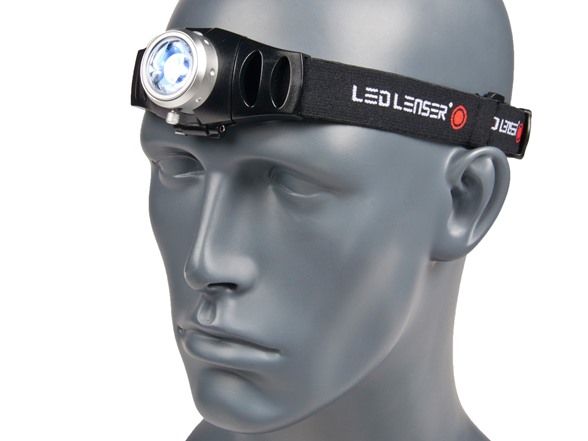 The LED Lenser P7 is one of the most popular LED flashlights on the market today. It is the perfect combination of size, power and easy-to-use operation. This flashlight has simple to remember high/low/off settings. Features the Advanced Focus System™ to quickly cast a far-off spot, or close up spill light for reading.  Advanced Focus System (AFS) is the patented combination of a reflector AND lens to create a light system that provides both a focused beam for long-distance and a homogenous spill-beam for up-close reading. The Rapid Focus system allows you to go from reading to searching by using the thumb on your holding hand to simply slide the bezel away from you. Extremely durable anodized aluminum casing.

The LED Lenser H5 Headlamp is lightweight and features the Advanced Focus System™ so you can focus the light for a bright, long-distance beam, or an easy-to-read-by, circular low beam. Lightweight, with a soft headband, means wearing it for long periods of time is still comfortable. A red backlight makes it ideal for joggers or those on an evening stroll where cars or bikes might need to see you.