We’re having so much fun being lazy reading these old write-ups that we’ve decided to share them with you through the end of our 10th birthday month! Check out this refurb- uh, classic.

Hey, man. Can you spare a couple bucks? I ain’t gonna lie to you, man; I’ve been at rock bottom, here. God bless you, man.

Hey, I remember you; I stopped you the other day, right? You didn’t believe me that I had to see my daughter at the hospital and needed five dollars for the bus fare. I shouted some things at you—I don’t remember exactly what all I said, though I’m pretty sure the phrase "hateful little tightwad" was employed. But you were right to doubt me, man—I was just after another bottle of cheap hooch in which to douse my many disappointments. That was good judgment on your part not to subsidize that project.

And then the very next day I saw you getting out of your car and asked you for three dollars for a phone card to give my father an urgent message in Florida. You said "call collect," and walked away. My memory’s a little foggy, but I’m pretty sure I urinated into your sunroof after you were gone. And I admit now that that was wrong. You were right again, though—I was just scamming you for beer money. My Dad’s somewhere no phone line can reach him, and has been for years. I mean he lives on a boat.

Which is why I’m asking you for help now, man. Look, I know I’ve been at rock-bottom for a while now. I’ve been selfish. I’ve been making lots of poor decisions—the counterfeit Sub Club stamp fiasco comes to mind—and I always expect other people to manage the consequences. I come groveling for handouts from people like you, see? People who know how to handle responsibility. People with a commitment to bettering themselves and their communities. People with a vision of a better world.

People like Ty Caton, for another example. You heard of this dude? Young guy, he built this vineyard, like, literally from the ground up. He dug the post-holes, he groomed the vines, everything. He’s real hands-on, see? Sweats the details. He’s got this "sustainable farming" approach to the whole project, right? Which everybody says is not the easiest way to go about it. But he’s not interested in what’s easiest; he’s interested in what’s the best way to get the product he wants. He’s like: You gotta understand the land, see? And he does: multiple sun exposures, soil types, altitude variance, the whole bagel and schmear.

And now he runs this acclaimed small-production wine outfit. He’s Mr. Big Shot. And why? Because he had a goal, he made a plan, and he saw it through. That’s some nose-to-the-grindstone stuff there. That inspires me. That’s the kind of man I want to be. And I think I’m ready.

I’m not going to give you any B.S. story about needing the price of a train ticket home, or bail money to get my dog out of the pound, or the dry cleaner’s fee so I can wear my only suit to a job interview in 20 minutes. I’m going to be straight with you. Today I have truer, more modest aspirations. Today I’m going to finally pour this bottle of malt liquor out in the gutter, where it belongs, and open a new chapter in my life. A chapter in which I no longer numb my pain with low-grade booze. Instead, from this point forward, I will only numb my pain with fine wines like the ones Ty Caton makes.

Consider the Cabernet Sauvignon: Here’s a grown-up grape juice that can accompany me for the duration of my self-betterment campaign, improving along with me for up to fifteen years. It wafts aromas of cassis and cedar cigar box. It’s spicy; it’s fruity. Like Tom Cruise, it has an intense presence. But unlike the Cruise vehicle Vanilla Sky, it has a satisfying finish.

Then there’s the Zinfandel, a well-balanced wine with cherry flavors as sweet and bright as a roadside billboard advertising Beanie Babies on a sunny day. It’s crisp, mildly peppery, and it’s got a finish like velvet, in that slow, Southern style—like velvet, if you please.

Finally, the flagship, their leading libation, a lushly textured, fine-tanninned potation fairly exploding with ripe, dark fruits: TyTanium! Ah, when I fynally get my beak ‘round the business end of a bottle of TyTanium, that’ll be the lyfe of Rylly! At last Y’ll know that though tymes used to be tyght, everything’s lyble to be alryght.

Now look, I’m not asking for a handout. You give a man a fish, and he ends up with that slimy fish-gunk all over his hands and pants, and maybe succumbs to salmonella if he isn’t careful. No, I need someone to make an investment in me. To help me help myself. To loan me the tools I need to start on my journey along the uphill path toward self-sufficiency. And when, after a long and difficult climb, I reach the summit of that trail, I’ll find a better me there, looking back down at the sad wretch you see before you now, sipping TyTanium and thinking: Malt liquor? How does that poor schmuck drink that stuff? 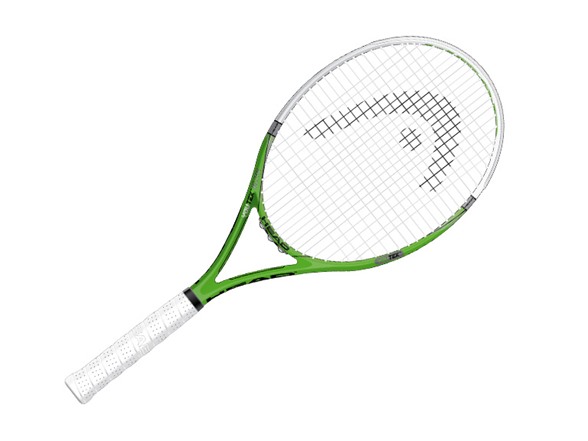 The HEAD YouTek IG Elite Tennis Racquet is a Tour Light version providing complete tour performance with greater maneuverability. The slightly wider beam gives it even more power. The new HEAD Innegra™ hybrid-composite structure is integrated into the racquet for shock absorption and improved stability. As a result vibrations are reduced by up to 17% on ball impact for unique control and precision. This protects the player from the forces of a ball impact.